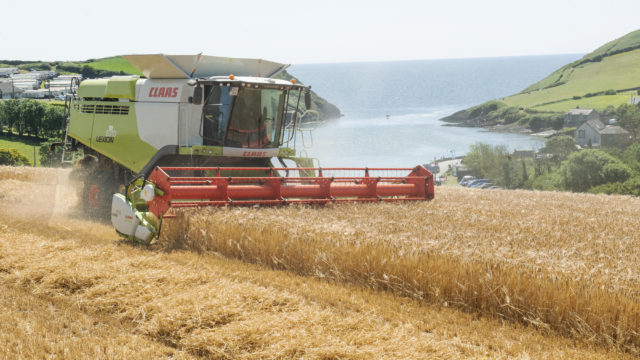 There was a significant decrease in the area of spring barley in Harvest 2021 due to the increased planting of winter cereals, according to according to Teagasc Harvest Report 2021.

The majority of the crop was planted in late March / early April in good conditions. Disease levels were low. Drought and cold weather in the spring slowed growth development during April and early May, according to the report.

Average yields in 2020 came in at 7.89t/ha, which is slightly below the record yields achieved in 2017 and well above the five-year average of 7.2t/ha.

There were some outstanding yields of 10-11t/ha recorded in individual fields. Crops were harvested in very good conditions and losses at harvest were minimal.

There were no major disease issues during the season and crops progressed well during the year. The fine weather towards the end of August and early September ensured that the crop was harvested quickly and in good conditions.

Average yield was 8.21t/ha which is well above the five-year average of 7.6t/ha. Grain quality was good at 72.5kg/hl, with most grain harvested below 17.5% moisture content (MC).

The area of spring oats dropped to 14,302ha from 17,094ha in 2020 mainly due to the  increased area of winter oats. Establishment was excellent and foliar disease levels were very low.

The winter bean area is 598ha which is up from 317ha the previous year.

There was a large variability in yield with the average at 5.6t/ha. This is 0.6t/ha above the five-year average of 5.0t/ha. The highest average yield in the last five years was  6.7 t/ha in 2017 and a lowest average yield of 2.5t/ha in the drought-ridden season of 2018.

There was a large variability in yield across the country with individual fields yielding 7.5t/ha in the south and yields down to 1.75t/ha in other parts of the country.

Crops were sown in two splits in early March and late March. Establishment was good and pest damage from bean weevil was lower than average. Chocolate spot was evident but generally did not impact on yield.

The new Straw Incorporation Measure (SIM) was introduced this year to support Irish tillage farmers who decided to chop and incorporate straw into the soil after harvest.

Approximately €9 million of the total fund of €10 million was applied for. Payment rates of €250/ha for oats, rye, wheat or barley, are available and €150/ha for oil seed rape.

Straw quantities were good in all cereals and dry harvest weather allowed farmers to bale or incorporate straw without much difficulty.

Demand and supply were well matched and the straw incorporation does not appear to have created any deficit in the market in 2021.

The straw market was strong again this year with 4×4 round bales making €15-20 per bale ex field.